Searching through the mountains of published cancer research could be made easier for scientists, thanks to a new Artificial Intelligence system. The system, called LION LBD and developed by computer scientists and cancer researchers at the University of Cambridge, has been designed to assist scientists in the search for cancer-related discoveries. It is the first literature-based discovery system aimed at supporting cancer research. The results are reported in the journal Bioinformatics. 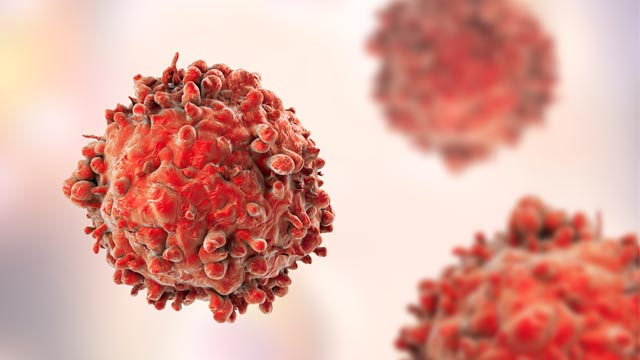 Global cancer research attracts massive amounts of funding worldwide, and the scientific literature is now so huge that researchers are struggling to keep up with it: critical hypothesis-generating evidence is now often discovered long after it was published.

Cancer is a complex class of diseases that are not completely understood and are the second-leading cause of death worldwide. Cancer development involves changes in numerous chemical and biochemical molecules, reactions and pathways, and cancer research is being conducted across a wide variety of scientific fields, which have variability in the way that they describe similar concepts.

“As a cancer researcher, even if you knew what you were looking for, there are literally thousands of papers appearing every day,” said Professor Anna Korhonen, Co-Director of Cambridge’s Language Technology Lab who led the development of LION LBD in collaboration with Dr Masashi Narita at Cancer Research UK Cambridge Institute and Professor Ulla Stenius at Karolinska Institutet in Sweden. “LION LBD uses AI to help scientists keep up-to-date with published discoveries in their field, but could also help them make new discoveries by combining what is already known in the literature by making connections between sources that may appear to be unrelated.”

The ‘LBD’ in LION LBD stands for Literature-Based Discovery, a concept developed in the 1980s which seeks to make new discoveries by combing pieces of information from disconnected sources. The key idea behind the original version of LBD is that concepts that are never explicitly linked in the literature may be indirectly linked through intermediate concepts.

The design of the LION LBD system allows real-time search to discover indirect associations between entities in a database of tens of millions of publications while preserving the ability of users to explore each mention in its original context.

“For example, you may know that a cancer drug affects the behaviour of a certain pathway, but with LION LBD, you may find that a drug developed for a totally different disease affects the same pathway,” said Korhonen.

LION LBD is the first system developed specifically for the needs of cancer research. It has a particular focus on the molecular biology of cancer and uses state-of-the-art machine learning and natural language processing techniques, in order to detect references to the hallmarks of cancer in the text. Evaluations of the system have demonstrated its ability to identify undiscovered links and to rank relevant concepts highly among potential connections.

The system is built using open data, open source and open standards, and is available as an interactive web-based interface or a programmable API.

The researchers are currently working on extending the scope of LION-LBD to include further concepts and relations. They are also working closely with cancer researchers to help and improve the technology for end users.

The system was developed in collaboration with University of Cambridge Language Technology Lab, Cancer Research UK Cambridge Institute, and Karolinska Institutet in Sweden, and was funded by the Medical Research Council.