How some heart cells cope with high blood pressure

How some heart cells cope with high blood pressure

Individual cells within the same heart cope differently with high blood pressure, according to a study in human cells and mice by a team of cardiologists and computational biologists at the University of Tokyo. This is the first time researchers have identified distinct differences between heart muscle cells that fail and those that adapt to high blood pressure. 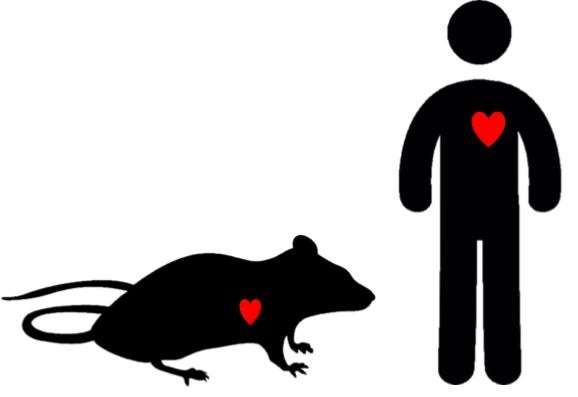 University of Tokyo researchers used human cells and mice to study the genetic differences between heart muscle cells that adapt and those that fail when subjected to high blood pressure. The research has potential future applications in treatment of cardiovascular disease. Credit: The University of Tokyo.

Cardiovascular diseases are the number one cause of death worldwide, according to the World Health Organization. High blood pressure causes heart failure, but the underlying mechanism by which this occurs is unknown.

In this new study, cells that adapted to high blood pressure were thicker overall than healthy cells. These thicker cells needed more energy, but could keep the heart beating. Cells that failed to adapt became stretched out and weak, like a worn-out elastic band, and could contract to keep blood pumping.

Project Assistant Professor Seitaro Nomura, a cardiologist at the Graduate School of Medicine and a postdoctoral researcher at the Research Center for Advanced Science and Technology, is first author of the research paper.

“These results are the first to show that some cells fail and others adapt to high blood pressure within the same heart. I am very interested in the increased activity of genesthat are important for making energy in the cell,” said Nomura.

The scientists identified multiple groups of genes that had increased or decreased activity when cells coped with high blood pressure, but focused on one gene called p53. In failing cells, p53 showed increased activity. Researchers suspect p53 sends cells down a path either of failing or adapting to increased pressure. This gene is familiar to cancer researchers for responding to DNA damage and maintaining cell growth and division.

Ongoing research in the University of Tokyo laboratories of Professor Hiroyuki Aburatani at the Research Center for Advanced Science and Technology and Professor Issei Komuro at the Graduate School of Medicine will continue to investigate the cellular signals that connect p53 to the paths of heart cells failing or adapting to high pressure.

Cardiologists of the future may be able to coax cells to adapt to the high pressure of hypertension, a narrow aorta, or heart attack and prevent heart failure.