What happens if you don’t get a Tetanus shot after getting cut with rusty metal?

Home/ Medical Sciences/What happens if you don’t get a Tetanus shot after getting cut with rusty metal?

What happens if you don’t get a Tetanus shot after getting cut with rusty metal?

The bacteria that causes tetanus, Clostridium tetani, is a common soil-living bacteria. It’s in the ground everywhere. It’s NOT rust that causes tetanus, but a rusty nail indicates it’s been in contact with the soil for a period of time, and thus likely has C. tetani on it.

C. Tetani is an anaerobic bacteria, meaning that oxygen is poisonous to it. If you get a scratch, tetanus is very, very unlikely. But a puncture wound, like from a nail, creates an oxygen-free atmosphere in the wound, perfect for C. Tetani.

Tetanus can be ‘treated’ today, but 2/3 of patients still die, and those who survive typically spend 6–8 weeks in the hospital, mostly on a ventilator, with about 3–4 weeks in an induced coma, followed by 4–6 months in rehab. Personally, I think getting the vaccine is easier.

There is a variation of this disease called infantile tetanus. Newborns can get it from, for example, non-sterile scissors used to cut their umbilical cord. 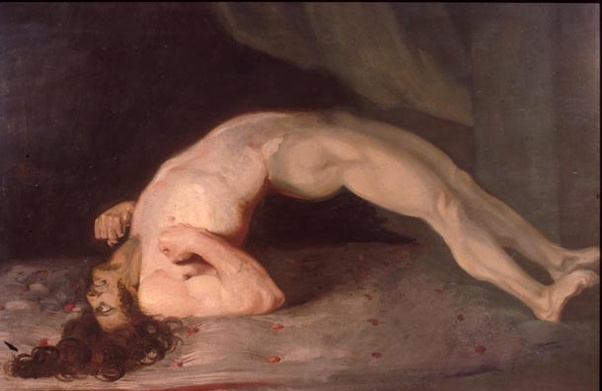 Why does he look like this? Your muscles ‘fire’ to contract, i.e., shorten. Then a chemical in your muscles is released to relax your muscles. What the tetanus toxin does is to prevent that chemical from being released, so your muscles fire, contract, and NEVER LET GO.

Back muscles are stronger than stomach muscles, so you arch your back.

If you are in really good shape, too bad, because your leg muscles can contract so strongly that they will BREAK. YOUR. THIGH. BONES, the strongest bones in your body.

Imagine a ‘Charley Horse’ in every muscle in your body, 24 hours a day, for days on end.

And there is almost nothing that can be done to spare you. Eventually, your diaphragm contracts and never lets go, so you quit breathing.

Getting to this blissful stage often takes 3 days. 3 days of the worst pain imaginable.

(By the way, we know the chemical that’s released, and could give it to you, but then, you would stop breathing, which presents its own set of problems).