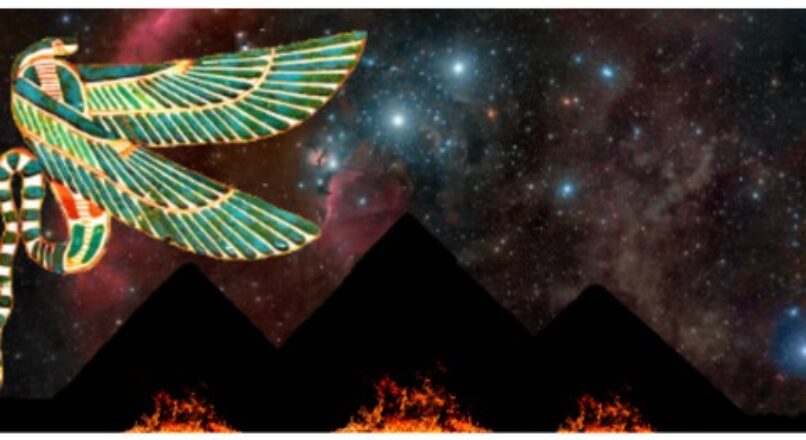 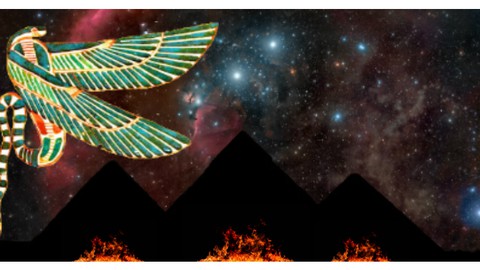 Long ago, before rational thought became the lens through which we saw the world, there existed a perception, and a knowing, which was rooted in something far deeper, within our collective imagination…the serpentine force of creation….

The serpent force was understood right across the ancient world. Although perhaps no other place, or time has grasped such a profound understanding of the serpent mysteries, as Kemet (Ancient Egypt). This wisdom ensured Kemet endured for millennia as the light of the ancient world…

What we now know as Kundalini Yoga, which I learnt in India in 2005, was practiced in Kemet long ago, and was known as Sema Tawi (Kemetic Kundalini Yoga). At the heart of this practice/wisdom, was the Uraeus, known as the Kundalini Shakti force in India.

We shall explore these ancient teachings in order to guide the serpent of light up through your spine, so your mind’s ‘Eye of Horus’ can shine bright once more, thus elevating your state. It will enable the full activation of your light bodies, ready for interstellar travel.

Kemet was famously the birthplace of Alchemy, which was brought to mankind by Thoth (Hermes Trismegistus) which has continued, largely in secret through the dark ages, to this day in the West. Far more though, than turning lead into gold, it is a powerful path to the illumination of the soul, known to the Ancients as the Akhet, activated by the embodiment of Horus Consciousness. It is time to unveil this ancient knowledge.

You will learn about the importance of Sacred Geometry in activating the light bodies of the and serpent power, leading to the full activation of your Merkaba.

You will learn the ancient Sacred Science of the Djedi Priesthood (Wizards) and how are bodies are encoded with the keys to the stars.

Through your initiation into this forgotten Secret Science of Projection, you will learn how to open up an inter-dimensional Stargate.

You will enter the sacred initiation chamber and portal (King’s Chamber) the most advanced Star Temple, the Great Pyramid of Egypt. There you shall uncover the mysteries of Isis and Osiris. Riding the back of the Uraeus Serpent  you will Shamanic Journey to the star systems of Orion and Sirius.

You will meet the old Gods of Ancient Kemet known as the Neteru, and share in their timeless wisdom.

This will teach you the Lost Art of Resurrection: All the ancient cultures, as well as tribal and shamanic cultures today, say the same thing about death…nothing really dies, death is simply a change of clothes.

It is your birthright to know at the core of your being that you are immortal.

This is an invitation across time and space, stirring ancestral memories from long ago, unlocking your hidden potential to elevate our consciousness back to the stars, where we all come from.

Are you ready to embark on this mission to reclaim your Galactic Heritage?

If so then brave Star Traveller, I salute you! I shall see you on the course…