Reducing the use of broad-spectrum pesticides that leave residues on food marks the focus of a new research project led by Lav Khot, an assistant professor in the Department of Biological Systems Engineering at Washington State University.

Efforts by Khot and his cohorts will be funded through a 3‑year, $300,000 New Investigator grant from the Foundation for Food and Agriculture Research (FFAR). 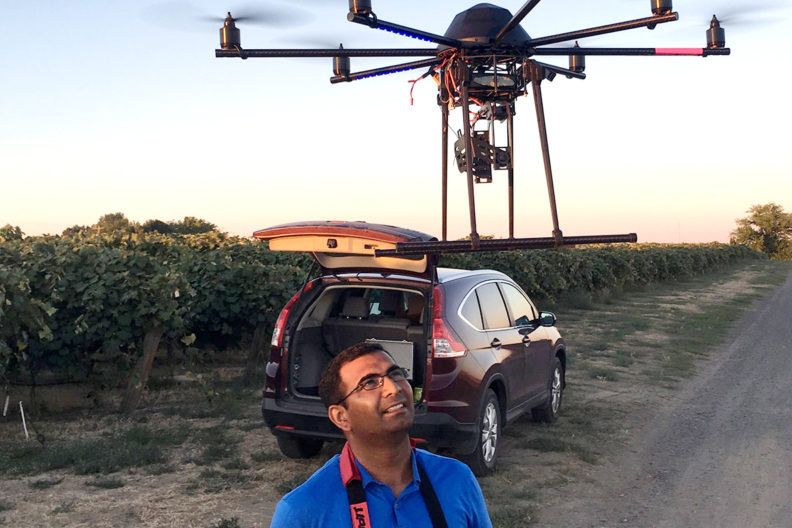 Part of the grant will be used to study the usefulness of ozonated water, or water that has the O3 molecule, also known as ozone, dissolved into it.

“In the lab, we’ll look at how efficient we are in effectively delivering ozonated water as spray to control insects and other pests,” said Khot, the principal investigator on the grant. “The challenge is to deliver the required concentration at the point‑of‑contact. If we’re successful, then we’ll apply the sprays in a limited manner with the goal of reducing chemical residues on the produce.”

Khot said some commercial companies are advertising new ozonated water sprayers that have made promising claims regarding pest and disease control outcomes in orchard crops. Growers want independent data and validation before making a significant investment into these technologies.

Khot and his team also will look at emerging technologies to study new organic products like plant extracts and highly refined petroleum oils. They will test application using smart sprayers to study their effectiveness in pest control, Khot said.

“There’s a lot of interest in these oils,” said Khot. “They’ve been very efficient in fighting citrus greening disease in Florida, and we want to see if they can be used in Washington agriculture.”