PhD candidate’s science videos are a hit on YouTube: Alex Dainis, who recently completed her doctorate in genetics, produces science education videos, Her YouTube channel has racked up more than 2 million views

PhD candidate’s science videos are a hit on YouTube: Alex Dainis, who recently completed her doctorate in genetics, produces science education videos, Her YouTube channel has racked up more than 2 million views

If you’ve ever wondered why coffee makes you energetic or what amount of it is lethal, turn to one of Stanford grad student Alex Dainis’ most popular YouTube videos: “For the purposes of this video and to best demonstrate the physical and mental effects of caffeine, I’m going to get very, very caffeinated, very, very fast,” said Dainis. “For science,” she adds, before knocking back two large cups of iced coffee. “Go big or go home!”

Dainis goes on to explain how caffeine, a stimulant drug, enters the brain and diminishes the effects of adenosine, a neurotransmitter that reduces neural activity. Caffeine, she says in increasingly rapid utterance, also stimulates production of adrenaline, which causes all sorts of physiological reactions, like increased heart rate and blood flow to the muscles, and rising blood pressure.

In one blistering breath, Dainis adds, “It also causes your muscles to tighten up, which would be useful if you were the lone human on the Savannah deciding whether or not to fight or flee from that lion off in the distance, but as a modern 20-something sitting in front of my camera, it kind of just gives me the jitters.”

The video has been viewed nearly a quarter of a million times. It’s just one of dozens Dainis has produced for her YouTube channel, which has over 30,000 subscribers and more than 2 million views. In addition to researching every topic, she writes the scripts and films and edits the videos. Production frequently took place at the Stanford Ashley Lab, where she conducted much of her graduate work.

“It’s really a one-woman production,” said Dainis. But it’s nothing she can’t handle. 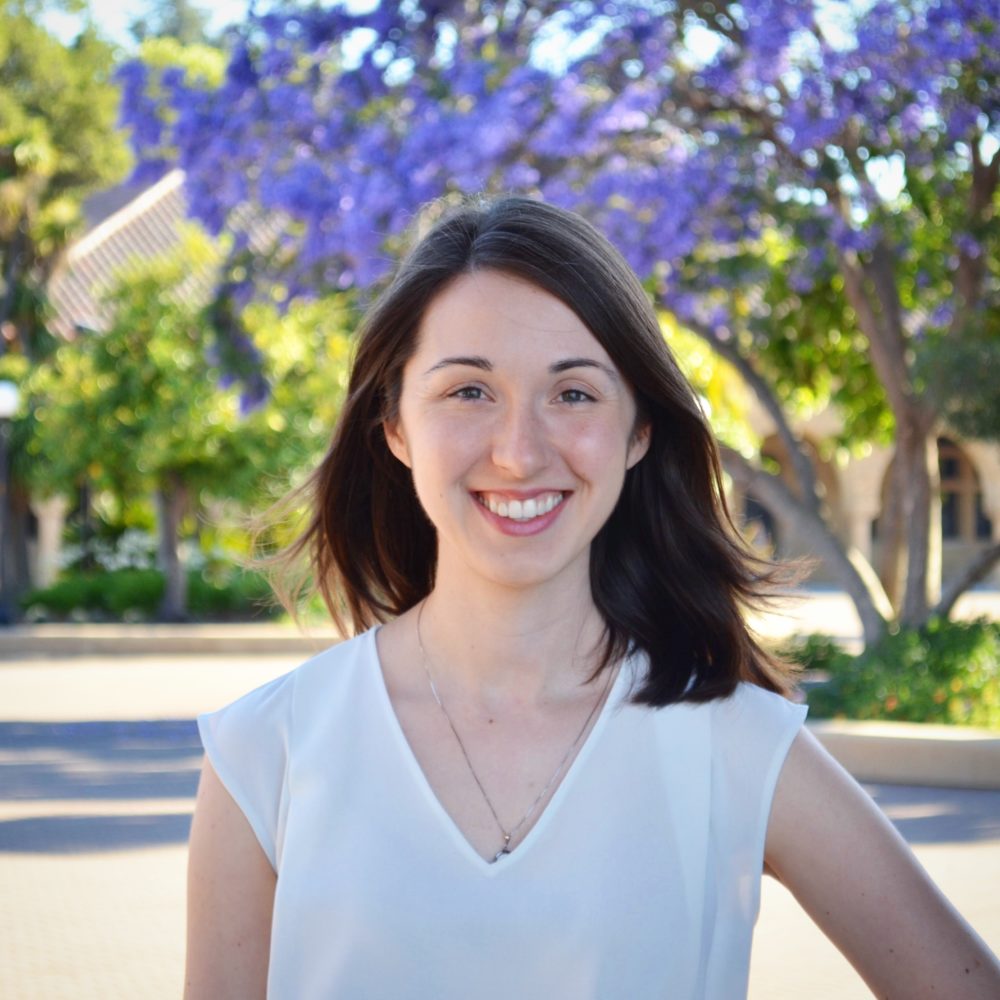 “In my third year of grad school I started making videos about what it was like to be a grad student and to be in the lab, in the hopes of humanizing scientists.” ALEX DAINIS, PHD ’18

Dainis received a bachelor’s degree in biology and in film, television and interactive media from Brandeis University in 2011. She spent the next two years working as an associate producer for a small media company but wanted to merge her passions.

“I started making [my own] videos back in 2012 because I loved biology and film, and in those years I was working in this production environment that was satisfying the film side of my life, but I missed talking about science,” said Dainis, adding that YouTube also allowed her to reach a broader audience.

When she launched her channel, it was mostly for short, edutainment-style videos that answered pop-science questions like, Why do some people have freckles? And, Why do we get brain freezes when we eat cold food? But the focus, she said, shifted slightly after she came to Stanford in 2013.

“In my third year of grad school I started making videos about what it was like to be a grad student and to be in the lab, in the hopes of humanizing scientists a bit and to share the parts of my graduate school experience that I thought were interesting with this audience,” said Dainis.

In a series called Tea Break, Dainis talks candidly about issues that hit close to home for many students and researchers, such as academic and professional pressure, accepting failure and finding purpose. In one video she and vlogger/therapist Kati Morton discuss imposter syndrome, which is when a person doubts their accomplishments and fears being exposed as a fraud. Dainis said the video, which has been viewed more than 9,000 times, resonated with her audience.

“I think imposter syndrome is something that a lot of graduate students, as well as undergrads and researchers, experience at some point and it’s important to talk about,” she said.

The main focus of her channel, however, remains answering complicated scientific questions. Other popular videos explain how to store data in DNA and how nectarines are just mutated peaches, which she said is her favorite video to date. In one video, she interviews an astronaut to learn why NASA is interested in looking at DNA in outer space.

Last month, Dainis completed her PhD dissertation and defense in genetics. Since then, she has relocated to Los Angeles, where she’s embarking on a career in science communication. She says she’ll continue to make videos for her YouTube channel and is working as a freelance producer.

“Companies come to me and I work with them on every step of the process,” she said. “It’s a lot of work, but it’s also a lot of fun.”

Her most recently published video was her final one shot at Stanford. In it, she reflects on life as a graduate student, expresses gratitude for the people she worked with, and bids an emotional farewell to her lab, before signing off with a final declaration.