Teenage boys to be vaccinated against cancer-causing Human Papilloma Virus (HPV): Inoculation programme will be expanded to cover 12- and 13-year-old boys in England

Home/ News / Teenage boys to be vaccinated against cancer-causing Human Papilloma Virus (HPV): Inoculation programme will be expanded to cover 12- and 13-year-old boys in England

Teenage boys to be vaccinated against cancer-causing Human Papilloma Virus (HPV): Inoculation programme will be expanded to cover 12- and 13-year-old boys in England

Boys aged 12 and 13 in England are to be vaccinated against the cancer-causing human papilloma virus (HPV), the government has said. The decision, announced on Tuesday, comes after the Joint Committee on Vaccination and Immunisation (JCVI) recommended last week that the HPV vaccination, which protects girls against cervical cancer, should be extended to boys. It followed growing calls for the inoculation programme to be expanded. 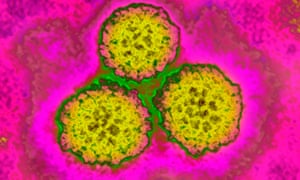 The human papilloma virus (HPV) is linked to cervical cancer and 5% of all cancers worldwide Photograph: BSIP/UIG via Getty Images

HPV has emerged as the leading cause of throat cancers and is linked to 5% of all cancers worldwide, including some that affect only men.

Announcing the decision, the public health minister Steve Brine said: “As a father to a son, I understand the relief that this will bring to parents. We are committed to leading a world-class vaccination programme and achieving some of the best cancer outcomes in the world – I am confident these measures today will bring us one step further to achieving this goal.”

More than 30 people in Britain are diagnosed with oral cancers every day, with incidence rates increasing by 23% over the last decade. It is one of the fastest rising types of cancer and has a higher incidence among men.

The HPV vaccination was developed a decade ago and has been used to inoculate UK schoolgirls since 2008, saving hundreds of lives, according to Brine.

Girls are offered the vaccine from the age of 12 or 13, although there is an opportunity to be given the vaccine up to the age of 18. A vaccination programme was recently introduced for men who have sex with other men.

Dr Mary Ramsay, the head of immunisations at Public Health England, said: “Almost all women under 25 have had the HPV vaccine and we’re confident that we will see a similarly high uptake in boys.

“This extended programme offers us the opportunity to make HPV-related diseases a thing of the past and build on the success of the girls’ programme, which has already reduced the prevalence of HPV 16 and 18, the main cancer-causing types, by over 80%.”

The Department of Health and Social Care said England would become one of a small number of countries to offer the vaccination for both girls and boys. The Scottish and Welsh administrations committed last week to expand HPV inoculations to boys.

Mick Armstrong, the chair of the British Dental Association, said he hoped the decision marked a turning point in the government’s approach to prevention.

“When our NHS faces such sustained pressure from so many preventable conditions, from cancers, to tooth decay and obesity, this sort of cost-effective intervention must not be a one off,” he said.

“Health professionals need this breakthrough on HPV to mark the beginning, and not the end, of this government’s willingness to invest in prevention.”